written and directed by Simon Falguières

Ezra is a young poet. He lives with his parents and his uncle Jean in a house, located in a small village, where all houses are alike. Uncle Jean is also the village idiot. He paints wooden characters which he names “Ms. Sun” or “Mr. Sea” or “Ms. War” or “Ms. Poetry”.

One day, Ezra’s mother dies. The whole family is in charge of preparing the funeral. Uncle Jean is to build the coffin, the father, a gardener, is to arrange the flowers, but it is down to Ezra to write the funeral eulogy. When the day comes, the young poet is at a loss for words and the funeral oration becomes a great silence.

Sarah, a neighbour who loves Ezra, gifts him a black bird. The bird doesn’t sing by day. He doesn’t sing when the night is dark. He only sings under a starry sky. Ezra decides that it is time for him to leave his closest ones and departs into the night of the world.

written and directed by Simon Falguières 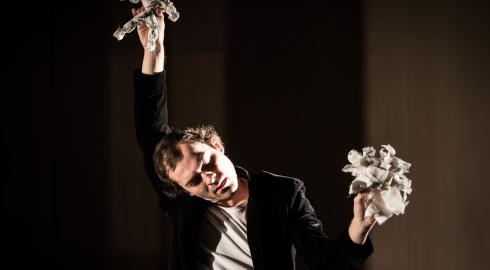 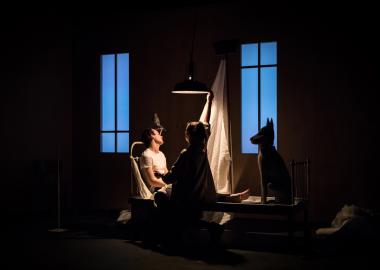 see all the pictures