creation
Who Killed my Father

For the dominant, most often, politics is an aesthetic question: a way of thinking, a way of seeing the world, of building one's person. For us, it was life or death.

"Who Killed my Father"

In the manner Marguerite Duras, Simone de Beauvoir, Annie Ernaux and Didier Eribon, Edouard Louis writes from his personal experience. His two almost biographical novels: The End of Eddy (2014) and History of Violence (2016), have moved many of his readers.  For this play, he responded to the invitation of stage director and performer Stanislas Nordey, to write a text to be spoken and to be read, a work for theatre.

Who Killed my Father is a soliloquy. A man visits his father’s flat and what he sees, sitting on a chair, is a used body, that of a certain working class from an underprivileged region of present day France. He speaks and remembers episodes from his childhood in an attempt to explain how his still young father, got into such a sorry state.  A literary shift in which, the political meets the intimate and tells the story of the bodies of men. 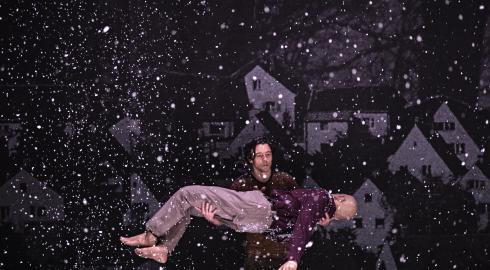 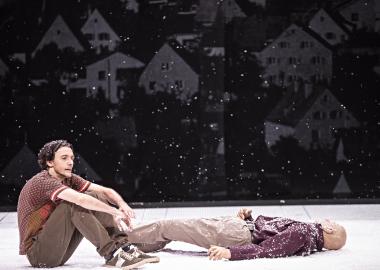 The show Who killed my father is presented in audio description - broadcast live by headset - accompanied by a program in Braille and enlarged characters on Tuesday, March 26 at 7:30 pm and Sunday, March 31 at 3:30 pm.

The texte Who killed my father by Edouard Louis was published by  éditions du Seuil in May 2018.